“Breaking the chains of abuse” is the motto of BACA ( Bikers Against Child Abuse ), an international organization of motorcyclists that travel the streets fighting against child abuse and mistreatment , because as they themselves say, “no child deserves to live in fear” .

Taking advantage of their fame as tough and united gang, a group of motorcycle riders from Utah, United States, met two decades ago in order to appear in front of the house of a child abused by his parents, to show him that he was not alone and that from then on he didn’t have to be afraid anymore, because now he had twelve friends who were going to protect him. Such was the success of this specific case that word quickly spread to other cities and new offices were set up in Oklahoma, Missouri and Texas.

Today BACA is present in the United States, Australia, Italy, Holland, Canada, Spain, Austria, Switzerland, the United Kingdom, New Zealand and Germany, and its project has changed the lives of thousands of abused children around the world . In addition, they have a large community on Facebook , with more than 500 thousand followers.

How do they work? BACA motorcycle riders work as volunteers in conjunction with the authorities of the different cities, who in the event of child abuse, incorporate them into their support and monitoring programs given to children. Thus, with their leather jackets, tattoos, handkerchiefs and their Harley Davidsons, they appear at the home of the attacked minor, bring him his own jacket and ride him on their motorcycles, thus integrating him into the “motorcycle family”. And from that day on they begin a constant relationship with the abused girl or boy , based on trust and protection.

One for all, all for one

The motorcycle riders’ contact with abused children is not immediate, but rather after the minors have been in treatment or psychological therapy for a while, as a complementary help to remove fear and strengthen self-esteem.

Once the boy’s family accepts the intervention of BACA, a group of drivers from the area visit him, and after riding him on their motorcycles and making him part of the brotherhood of stable members, he is given the name and number of two BACA members, who will be your main contacts with the group , in the event of any problem, concern, fear, emergency, etc.

Obviously, in order to be able to be a proxy for the child, the members have undergone extensive vetting and background checks, have assisted the organization for at least one year, and have passed mental health screenings.

BACA then offers them to be part of this community, where the values ​​of fraternity and family are fundamental and in which the motto “one for all, all for one” is its unbreakable insignia. And so begins the intervention process that consists of different protocols :

– The motorcycle riders who sponsor the minor ensure their well-being. They make constant rounds, talk with them, go to court with the minor and even if they are afraid to go to school, they escort them until they enter so that they feel safe or accompany them while they walk through the neighborhood or when the minors request their company.

– If the above is not enough, and the minor continues to be afraid and continues to feel insecure, the BACA members constantly go to their homes to make an appearance to intimidate the harasser and thus protect the family .

– To dissuade the aggressor, a letter is sent to let him know of his presence, informing him that they will take the necessary steps to be an obstacle in the criminal and abusive intention of the aggressor.

– If the aggressor continues to do harm, the members of BACA go to their neighborhood and make an appearance, giving anti-violence talks among the neighbors , all with the aim of making the aggressor give up and that he or she notices the real damage that it implies. In addition, they seek to raise awareness in society and especially parents to take seriously what their children say and to learn to read their words and behaviors between the lines, in order to prevent these problems.

While BACA does not support or participate in the use of any type of aggression, violence or physical force, they will respond with commitment and loyalty to protect one of their members if necessary.

The importance of your logo 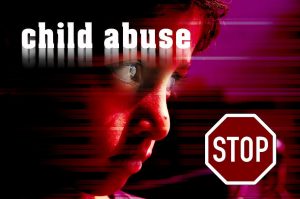 The most striking thing about this group of motorcyclists, in addition to their motorcycles and their long beards, is the patch that they all wear on their backs, which has a special meaning:

– White represents the innocence of children

– Black represents the dark times that the child goes through

– The fist represents the commitment to stop child abuse

– The pirate flag is the symbol of death with child abuse

– The chains represent the union of the organization

The organization also rewards citizens who carry out acts to bring down child abuse and also offer talks in educational establishments to address the issue of violence with children and encourage them to report if someone abuses them.

For two decades, this group of volunteers has changed the reality of thousands of abused children throughout the world, helping them overcome their fears and difficulties caused by abuse, enhancing their safety, teaching them their rights, that they are never alone and that no one You can abuse them neither physically, sexually, nor psychologically.

The Birmingham Chapter of the A.O.A has been running as a motorcycle club since the early 1970s. Originally named as the “Cycle Tramps”, this clubhouse was formed by two men, Bruno (Brewer) Tessaro and Anthony (Jake) Tracey. This website is solely made to certify readers about the whereabouts of this group and to publish latest news about them.